I previously wrote a post on how to convert a SQL Server Docker image to a Windows Subsystem for Linux distribution.

I did this because if you tried to run SQL Server in WSL before now, you’ll be presented with this error: – 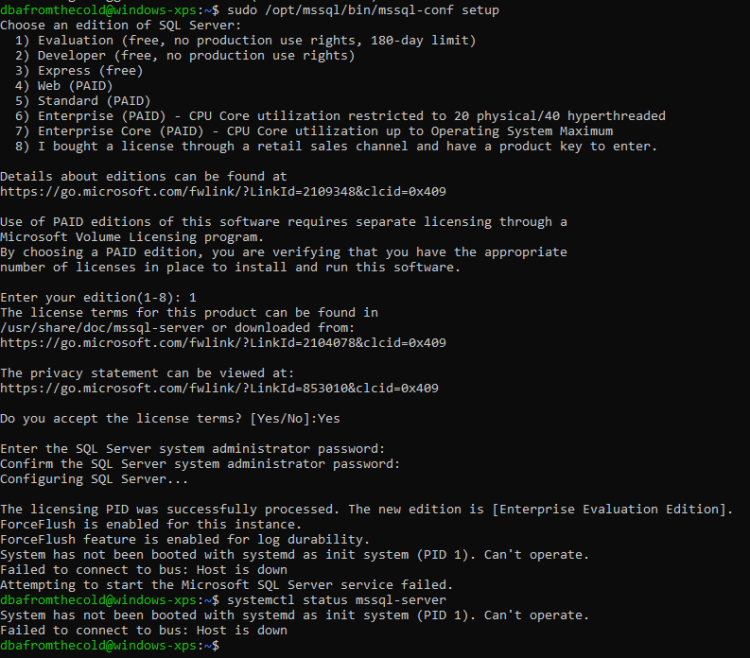 This happens because up until now, WSL did not support systemd. However recently Microsoft announced systemd support for WSL here: –
https://devblogs.microsoft.com/commandline/systemd-support-is-now-available-in-wsl/

This is pretty cool and gives us another option for running SQL Server locally on linux (great for testing and getting to grips with the Linux platform).

So how can we get this up and running?

Before going any further, the minimum version required for to get this running is OS version 10.0.22000.0 (a recent version of Windows 11).

I tried getting this to work on Windows 10, but no joy I’m afraid

UPDATE – 2022-11-23 – Microsoft have now made this available on Windows 10 (but I have not tested it I’m afraid) – the announcement is here: –
https://devblogs.microsoft.com/commandline/the-windows-subsystem-for-linux-in-the-microsoft-store-is-now-generally-available-on-windows-10-and-11/

First thing to do is get WSL up to the version that supports systemd. It’s only currently available through the store to Windows Insiders but you can download the installer from here: –
https://github.com/microsoft/WSL/releases

Run the installer once downloaded and then confirm the version of WSL: –

Now install a distro to run SQL Server on from the Microsoft Store: – 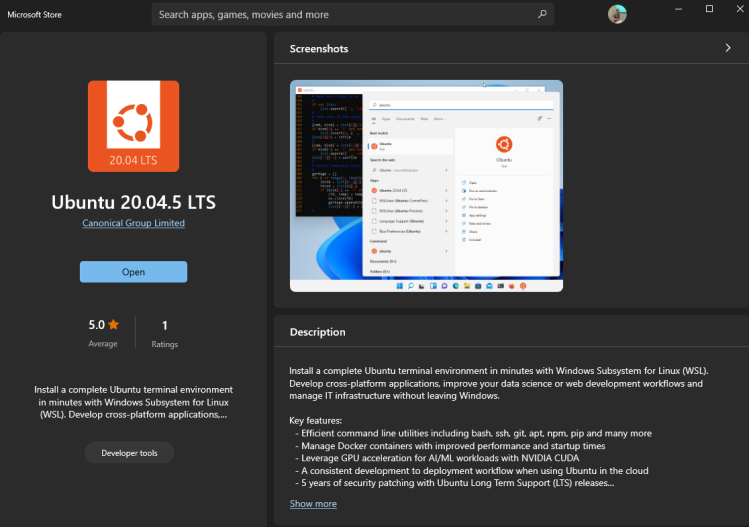 Cool, ok now we are going to enable systemd in WSL. Create a /etc/wsl.conf file and drop in the following: –

Exit out of WSL and then run: –

Jump straight back into WSL and run the following to confirm systemd is running: –

Once that’s complete, you’ll be able to configure SQL Server with mssql-conf: – 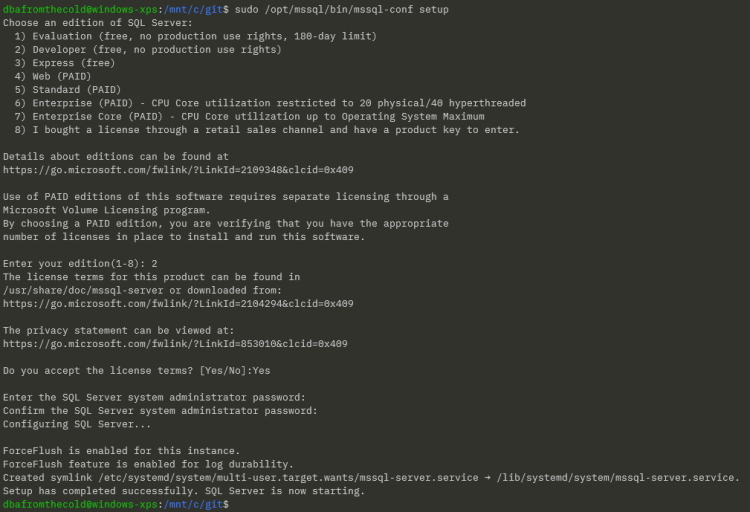 We can also confirm the processes running by: –

And there we have it, SQL Server running in a Windows Subsystem for Linux distro!