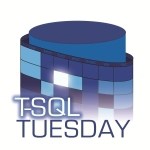 This month’s T-SQL Tuesday topic comes from Jens Vestergaard (b|t) who is asking us about our essential SQL Server Tools.

I’ve previously written about my Tools of the Trade but that was waaaay back in April 2016 and just after I published that blog, the tool that I am going to talk about here was released, Visual Studio Code.

At first I used it sparingly, mainly for when writing demos but over the last few months Visual Studio Code has become invaluable to me.

My work has a large SQL estate to look after and I’ve found SSMS very frustrating as of late. It freezes up when dealing with multiple connections so I switched to using VS Code combined with dbatools.

What’s really cool is that you can setup custom tasks to easily run code against SQL instances, I blogged about how to set that up here.

I still use SSMS when drilling into a single instance (although Operations Studio is rapidly becoming more appealing) but when I want to audit instances or deploy, VS Code is now my go-to application.

Another thing that I love is the amount of plugins available. The Docker explorer and Azure-Cli plugins are absolutely fantastic. Combine that with the fact that I’ve recently moved all my code to GitHub and VS Code has built-in source control management, I’m finding that I’m spending more and more time using the application.

I highly recommend checking it out (if you haven’t already).