Let’s have a look at the partitions setup in part 1, the following script will show the partition information:-

These partitions will hold data until the 11th of June, after which all records in the table will be put into the end partition (number 16). This means that the end partition will end up holding a lot of records. In order to prevent this, a new partition needs to be created.

To do this, firstly the partition scheme needs to be told which filegroup the next partition will use:-

Then a SPLIT command is run against the partition function:-

And now when the data checking script is run, the results are:- 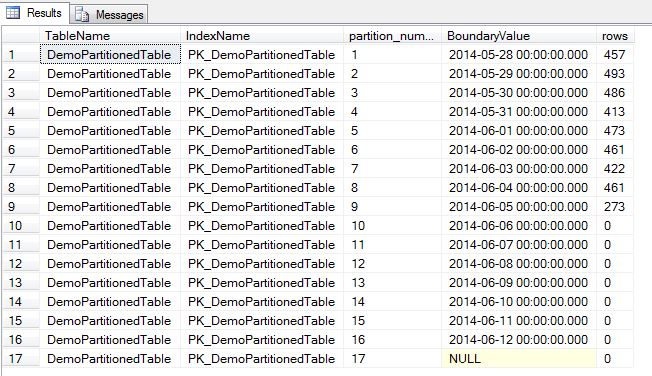 But how can a partition be removed? There’s a really simple MERGE command that performs this operation:-

And when the data checking script is run now, the results are:- 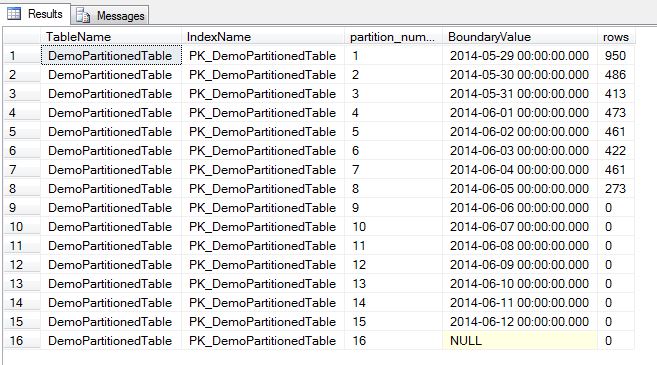 I will cover this in the next part of this blog series.